The most realistic soccer game on Android 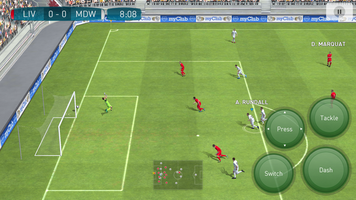 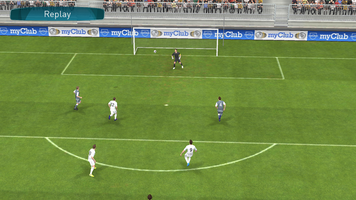 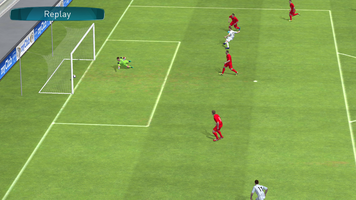 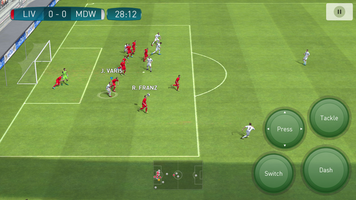 Advertisement
eFootball PES 2021 (previously eFootball PES 2020) is the latest version of this amazing Konami soccer simulator for Android. Unlike other games with similar names, this time you can control every player on your team when you play matches, just like when you play on consoles and computers.

The gameplay in eFootball PES 2021 is perfectly adapted to touch-screen devices. You can choose between two different modes: classic (with virtual buttons) and another one that's more modern. No matter what you choose, you can make walls, send it deep, take shots, do bicycle kicks, or cross the ball towards the goal. Basically, everything you could do if you were actually on the field yourself.

As with the console version, the number of official licenses in PES 2021 is pretty limited. This means that you can play FC Barcelona and Atlético de Madrid with all the real players, but that's not the case if you want to play with Real Madrid or Málaga CF.

With the previously mentioned game modes, eFootball PES 2021 will keep you entertained. You can play in leagues, tournaments, exhibition games, and online challenges. You can even play against a friend via Bluetooth.

eFootball PES 2021 is an absolutely amazing soccer game that has fun gameplay, excellent graphics, and several official licenses. The only shame is that some great teams are notably absent.
By Andrés López
The new PES 2019 is now available on Android

It's been a long wait, but after various days with the servers offline, we can finally play the new PES 2019 for Android. It's not an independent game but instead, a huge update of the 2018 version, adding important improvements both in terms of visuals the player progression system. This new version 3.0 can be downloaded right now from Uptodown via XAPK, without any geographic restrictions.
See more

this app stops downloading and start afresh it wastes my data

Dream League Soccer 2019
Build the greatest soccer team, ever
8 Ball Pool
The best pool game for Android
Carrom Pool
Get rid of all the tiles on the board
FIFA Soccer
The 2018 / 2019 soccer season is now on Android
Vive le Football
Soccer in its purest form
Dream League Soccer Classic
A great alternative to FIFA or PES for Android
FIFA 16 Ultimate Team
The best soccer game is back on Android
FIFA 14
The king of football games on Android
Advertisement